Toiling in the Gap

For over a year now, I have been biking with my youngest daughter to her school. We have a pleasant ride until we near the school and have to feel the “kathunk” of the bike as it bangs off the sidewalk into the street and then back up again after we cross.

My daughter’s Christian school is directly across the street from a neighborhood public school. Each day as I reminded my daughter that the bike was going “kathunk”, I could not help but notice that despite the Americans with Disabilities Act (ADA) laws and the prevalence of Universal Design in architecture, the sidewalks in front of these two schools are not cut out at the curb. Despite the fact that hundreds of students get on and off buses and enter and exit the schools’ doors each day—these schools are not fully accessible.

Scot Danforth in his book, Becoming a Great Inclusive Educator, describes the history of our response to persons with disabilities in America, including its laws, its practices and the cultural movements which created change. He identifies that we, people who strive for greater inclusivity of community, are currently toiling in the gap between the way we want community to be and the way community currently is.

“Successful inclusive educators do not ignore the gap between their ethical beliefs and their daily work in schools. They intentionally toil in the gap (18).”

On one of the first days of school this fall, when my daughter and I made our final turn toward school, we were surprised by the scene in this photo.

The work to make the sidewalks and therefore, schools, more accessible had finally begun. We were pleased that the familiar “kathunk, kathunk” would soon be gone. On a deeper level I was struck that here was a perfect, concrete (no pun intended) example of Danforth’s “toiling in the gap.”

For years these schools had been operating despite the lack of physical preparedness to easily include all who came to their doors. While the construction crew worked to smooth the path, the students were already in the schools.

While the crew toiled in the dirt, the teachers toiled in their classrooms to bring about a vision of the kingdom in which all are included.

In fact, I think it is more about a mindset than about equipment and curriculum and physical preparation.

Preparation is a Mindset

When my husband and I brought our first child home from the hospital, despite the nursery being set up and the car seat strapped in the car, we were not ready to raise him—but we had committed to the role of parenting. In a similar fashion, a school needs to be first and foremost committed to the desire to be inclusive, though they may not be ready for what that means for them as a school.

My daughter’s school and its neighbor school recognized that while they were not ready in some obvious ways, they were “Enrolling Now” even as they toiled in the gap.

Inclusion is about creating community which can’t be accomplished until you have the people there.

As a reformed Christian, I believe inclusion is Biblical. God calls us to be continually working toward the renewal of his kingdom on earth. First Peter 4:10 states, “Each of you should use whatever gift you have received to serve others, as faithful stewards of God’s grace in its various forms.”

While we are charged to work tirelessly for this renewal and redemption, we know that it will not be fully realized until Jesus comes again. Romans 8:19-21 says:

So, for now, we toil in the gap between where we are as a people of God and where we want to be, always striving, always working.

For example, we long for authentic relationships to form between students with and without labeled disabilities, but for now we will create an intentional Circle of Friends. We long for another student who is nonverbal to express himself in science every day, but for now we will figure out how he can express himself for the unit on outer space. And for another student who desires to play on the basketball team yet hasn’t developed the required motor skills, we will coach her to bring water to her teammates.

While in college I traveled in England. In order to get around London, I took the London Underground. Every time I got on and off the subway, a voice from the loudspeaker said, “Mind the gap, please. Mind the gap.” The gap referred to was the space between the floor of the train and the platform of the train station. This phrase, spoken as a simple safety measure, is upon reflection, profound. The word “mind” here is meant to direct attention to the gap, to be mindful of it. This is an important step in our work to build inclusive school and church communities. To be mindful of the gap. To name it. To recognize it.

This mindfulness provides the opportunity for honest communication and working together toward a common goal.

This gives us the chance to say, “This is not easy, but it is important.” “I couldn’t figure out how to include Sam today, but I will try again tomorrow.” “I am annoyed by Brad’s behavior even though I know I shouldn’t be. Can you help me?”

So, is your community ready? I believe you are.

You make the commitment to bring forth a fuller version of God’s kingdom at your school or church and then you toil daily in the gap, working through each “kathunk”, between where you are now and a full, perfect, complete inclusion of all peoples with their amazing and messy differences.

Just like that new baby coming home from the hospital, you will learn each day how to provide care that meets students’ needs. You will grow and learn together. You will become a family, a community, while toiling in, and m, the gap.

Passionate about inclusive education? Make a contribution to All Belong to help us create inclusive communities for persons of all abilities. 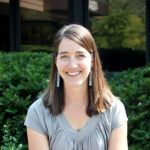 Marji Voetberg is a teacher consultant at All Belong.

Mind the Gap photo by Josh Wilburne on Unsplash