Understanding Neurodiversity and Its Impact on Disability Perceptions 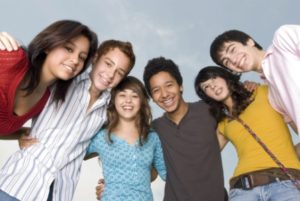 The idea of Neurodiversity arose from a recognition that differences exist among all people and, in fact, are more typical than unusual and they vary in intensity.

Every person represents a wonderful mixture of mental/cognitive, physical , and psychological strengths and weaknesses. No one is strong in all aspects of life and no one is completely characterized by weakness. We each live with a unique package of things we do well and things we do not do well. In this context, differences are understood as naturally occurring characteristics of all people.

Over time society constructs expectations for abilities and skills that are important and the expectations change over time. At one time, it was essential that one know how to grow crops and care for live stock. One’s life depended upon skill in those areas. Today, in the U.S., this knowledge is important in the hands of a smaller groups of people. Now it is important that one knows how to use words and to manage technology. Future generations will encounter different demands. Abilities and skills that are viewed as necessary today will likely be less important in the future. A person’s package of strength and weaknesses will be valued differently as demands of the time change.

Neurodiversity suggests that the differences we see among persons today might better be thought of as unique differences that equip individuals in varying degrees, rather than as disabilities that define a person. Disabilities we identify today might not be significant in another time or another context. For example, because many societies rely heavily on reading and writing in order to work or conduct commerce, reading has become an essential ability and skill. Two hundred years ago, reading and writing were not as necessary in so-called developed countries and cultures. Of course, reading and writing open up the world of intellectual growth and exchange to people who can read and write, but two hundred years ago reading was not the not critical medium it is today. Interestingly, with the advent of smart technology, we can gain access to information and ideas even if we cannot read or write. Some argue today that reading is less important to a successful life than it was thirty years ago.

Rather than use language of disability to describe differences, Neurodiversity suggests that we understand disability as naturally occurring differences that occur on a continuum.

Seeing disabilities as differences opens us to the potential to see the gifts that are inherent in every person. Disabilities are not the primary characteristic of an individual. Instead they are differences that characterize one aspect of a person, while a person has other characteristics that complement the differences. A person is not defined by difference, but by their pattern of strengths and weaknesses.

One argument against Neurodiversity is that it causes us to minimize the impact of differences for some. We might neglect the need to support an individual who finds it difficult or impossible to meet the demands of society. We might conclude that a difference is a simple issue that is not a big deal.

Proponents of Neurodiversity recognize that in many cases differences make the fit between the individual and society’s expectations significantly challenging. Differences associated with autism spectrum disorder (ASD) can make it very difficult for a person to engage effectively with society, at times leading to isolation. On the other hand, recognizing that the label of ASD does not define an individual opens us to consider the person’s strengths that are often ignored in the face of the labeled disability. Surely life can be very difficult for many who live with differences associated with a labeled disability. Life can be better, however, when we recognize all people as gifted, albeit in unique ways, and that some live with uniquely challenging differences. 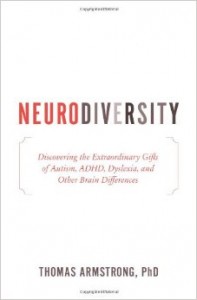 This fall, I’ll lead an online book study on the topic of Neurodiversity. From September 15 through December 7, we’ll read and discuss Thomas Armstrong’s book, Neurodiversity: Discovering the Extraordinary Gifts of Autism, ADHD, Dyslexia, and Other Brain Differences. In this book, Armstrong explores the origin of the idea of Neurodiversity and he applies the concept to numerous well known disabilities, such as ASD, ADD/ADHD, and Schizophrenia. His intent is not to do away with the idea of disability, but to offer a different way to think about how each of us is created uniquely, yet like one another.

Educators, parents, and caregivers are welcome to join us for this important online discussion. Through readings and discussions, we will explore the concept of Neurodiversity and its application to our schools and classrooms. Learn more and register for the online Neurodiversity book study on the All Belong website.

NOTE: All Belong does not endorse Neurodiversity, however, we encourage you to use it as one tool or perspective to consider in your understanding of disability. 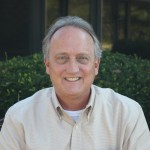 Phil Stegink works on special projects for All Belong and is an assistant professor of special education at Calvin College.

I really want to do this, but can’t in September. Would you ever run it again?

Tory,
Typically, we only run a topic once unless there is high demand. I’ll let you know if we end up studying this topic again in the future!